Smartphone App Development – how to avoid the average iPhone app loss of £16,000+ 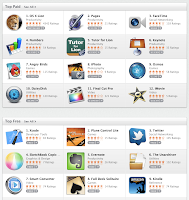 Since Apple introduced the App Store in 2008, everyone seems to be developing iPhone applications. 500,000 iPhone apps available in AppleΓÇÖs app store at the end of July 2011 with 15,000,000,000 downloads, but the underlying smartphone market is shifting:

In the UK, in March 2011, the percentage of smartphones sold was:

So Apple is in 3rd place in the hardware sales front … something that isn’t immediately obvious given their fantastic PR. Apple is doing very well and making big profits (apparently they had a larger pot of cash than the US government at the end of July 2011), but the profitability for developers creating iPhone apps is more questionable, especially when you consider the 30% of the selling price taken by Apple. If you are considering investing in an iPhone application, think about the following:

In other words, a developer can write functionality in HTML5, CCS3 & Javascript, and using PhoneGap, create iOS, Android & Blackberry applications with all the ‘cool’ functionality available within the smartphone’s hardware with the click of a button ΓÇô reducing development costs to a 1/3 of what they used to be with a larger potential market and lower sales costs.

In May 2010, the average iPhone application development cost was $35,000 (around £23,000). This cost has come down due to increased competition & smart phone platforms reducing development timescales. E-creation can now create an iPhone e-commerce application for a Magento website for less than £2,000 and a complex customized Apple/Android/RIM application for under £8,000. The maths below however indicates that creating iPhone specific applications (not that we are interested in talking ourselves out of your business) is generally unprofitable (except for Apple!) 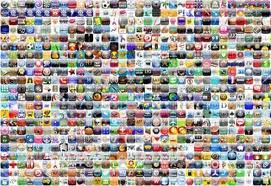 Apple’s press release from July 2011 can be summarized as follows:

That means that in July 2011, if 63% of applications are paid for (the calculated average of paid for apps), the average income per app is $5,900 (£3,700) over three years or less than $2,000 per year (£1,250) once Apple have taken their fees. So income per year per app has dropped a further £600 per year and whilst development costs are coming down, the average iPhone app is losing over £16,000! So consider carefully before jumping on the iPhone app development bandwagon and make sure you build using the right technology…

For deeper maths, check out: http://communities-dominate.blogs.com/brands/2010/06/full-analysis-of-iphone-economics-its-bad-news-and-then-it-gets-worse.html